Production and Biomass of Seaweeds in Newly Ice-Free Areas: Implications for Coastal Processes in a Changing Antarctic Environment 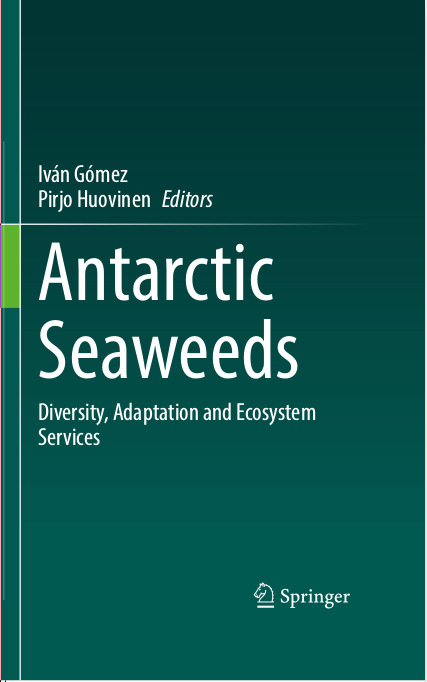 The Antarctic rocky coasts are mainly colonized by extensive macroalgal communities, which play key roles as food resource, habitat and refuge for many benthic and pelagic organisms. Due to climate warming, Antarctic marine ecosystems are being affected by glacier retreat opening new habitats, e.g. newly ice-free areas that can be colonized by macroalgae. As a consequence, primary production and fate of macroalgae are changing in these new polar environments. In these ecosystems, the carbon production, especially from large brown algae, is an important food source to the benthic invertebrate communities mainly when other resources are scarce. Thus, in new areas colonized by macroalgae, the trophic structure and biogeochemical fluxes can vary considerably. Moreover, when seaweeds die or are removed by water movement, ice scouring or storms, they are detached, fragmented and degraded, incorporating and releasing particulate and dissolved organic matter to the coastal food webs, i.e. they support a large fraction of the secondary production of the benthos. The present chapter is a review of the knowledge of seaweed biomass and production in the coastal Antarctic ecosystem opening a discussion on the role of these organisms as main energy sources in e.g., small fjords and glacier influenced sites, impacted by recent climatic change.